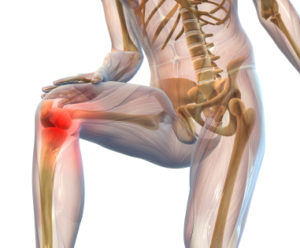 There exists a lack of consensus determining the etiology of Quadriceps Dysfunction in Patello Femoral Pain Syndrome (PFPS). It is suggested that multifactorial causes for PFPS exist. For example: Quadriceps muscle mass can be reduced due to Vastus medialis atrophy causing Quadriceps strength deficiency or altered Quadriceps recruitment patterns. Abnormal activation patterns due to deficient neuromuscular imbalance causing Vastus lateralis to contract earlier than Vastus Medialis Oblique resulting in a lateral directed force on the patella and abnormal patella tracking has also been suggested. Thus abnormal activation patterns due to a deficient neuromuscular pattern has been considered.
The management of PFPS by restoring quadriceps function and correcting the neuromuscular patterns between VMO and VL has been reported in the literature and is used in clinical practice.
Muscle function magnetic resonance imaging (ffMRi) can be used to assess muscle function. ffMRI quantifies the shifts of T2 values with exercise. The T2 shift indicates the extent of work performed by a superficial or deep muscle. During ffMRI spatial variations can be observed in a single muscle during normal function as well as in musculoskeletal disorders when a variant in activation of the muscle pattern is presented (Cagnie et al., 2011, O’Leary et al., 2011).
It was demonstrated during a ffMRI study : 46 patients with PFPS in comparison with normal controls had no significant difference between the activation pattern of VL & VMO in PFPS and normal participants (in both genders) (Pattyn et al 2013). This MRI assessment took place in a non-weight bearing posture. Bolgla et al (2011), noted that discrepancies in assessing quadriceps function may occur due to the influence of weight bearing and non-weight bearing activities and needs to be taken in consideration. Interesting these authors notes a 13% strength deficit of Quadriceps of the PFPS subjects but noted that the subjects may not have experienced pain during weight bearing testing. However, this study concluded that quadriceps strengthening will still be beneficial clinically.
Furthermore, faulty hip kinematics can also influence PFPS. Bolgla, (2011) demonstrated that subjects with PFPS have significant hip abductor and especially external rotator weakness. They suggested that this should be addressed during rehabilitation.

Hodges et al (2009) induced pain by injecting fat pads which did cause delayed VMO. With the increasing or aggravating the pain caused decrease in VM muscle activation. Furthermore swelling can also cause reduced VMO activity. Stokes et al., (1984) injected 10ml of fluid causing VM to inhibited while VL was inhibited only after injecting 40ml fluid. Swelling and Pain will inhibit VMO activation according to these studies and be a contributing factor to PFPS.

Influence of the hip & foot on PFPS?

In addition to my previous answer last week, weakness of the hip abductors and external rotators can cause PFPS as demonstrated by Souza & Powers (2009). Increased hip internal rotation ROM with weakness of hip abductor muscles were observed in females suffering from PFPS (in weight bearing). Powers (2003) also previously documented that since the patella is influenced by the interaction of proximal and distal segments that abnormal tibia and femur motion in the transverse and frontal planes have an effect on the PFJ. This highlights the importance of stability of the hip (strength training of hip abductors and external rotators) and the foot. This will also have a better long term effect and prevent further injury.

Rehabilitation of the VM / VMO to Optimise Patello-Femoral mechanics

Beside taking the hip Abductor strength and feet biomechanical factors as well as muscle lengths of gastrocs/soleus/hamstrings in consideration, rehab in closed chain kinematics :

To make sure that the VMO is optimally rehabilitated, firstly educate the patient how to static contract the VM (pain free) by locating and palpating the VM or using EMG feedback. By using PF tape or ice brushing can facilitate VM contraction. The patient needs to train VM contraction regularly during the day. Since optimum contraction will be in a closed chain, persue weight bearing position but in a pain free ROM. By watching out for signs of fatigue, posture positioning of the foot and hip, and preferrebly in closed chain, get the patient to do this frequently during the day to promote the neuro-muscular pattern and try to facilitate the VM contraction and endurance. Progresssion for endurance and strength in larger range of motion can be achieved by using terminal extension with theraband. Assess what ROM gives them pain during function (stairs) and break the components down and strengthen the knee/hip in that spesific range but still be aware of pain as a contraindication and keep icing to reduce pain and inflammation. Taping may also help. Use a raised chair height or perhaps the side of a desk and let them train, controlling the VM while getting up from this elevated position instead of working through a full range of motion, causing pain that they are unable to tolerate anyway. If this is tollerated, progress mini squats supported to single leg squats with support, then without support, but ensuring no pain with good hip foot knee control and posture. Progressive weight training can then be introduced and sport specific exercises.

The contents of this article – Quadriceps Dysfunction in Patello Femoral Pain Syndrome, is aimed at Physiotherapists and other medical professionals. It is provided here for informational purposes only and should not be treated as medical or health management advice. The materials herein are not intended to be a substitute for professional medical advice, diagnosis, or treatment. Always seek the advice of your doctor, physiotherapist or other health care provider with any questions you may have regarding a medical condition. Never disregard professional medical advice or delay in seeking it because of something you have read in this article or website. Reliance on any information provided herein is solely at your own risk.

The content of this article – Quadriceps Dysfunction in Patello Femoral Pain Syndrome, is copyright © 2016 of Suegnet Meyer and Meyer & Associates. Transmission or reproduction of the contents, beyond that allowed by fair use as defined in the copyright laws requires the written permission of the copyright owners.