Trunk pre-rotation towards the dominant side adds force that obliques externus may be able to generate increased force due to greater ROM. Counter-Clockwise Thoracic rotation limitation (for right handed pitchers in the late cocking phase) will reduce forward acceleration of the throwing arm (Pappas et al., 1985).

The ribs and the costo-vertebral connections limit motion in the thoracic spine but also create a stable base that can translate the forces from the kinetic chain below to the muscles of the upper extremity for a more effective throw. 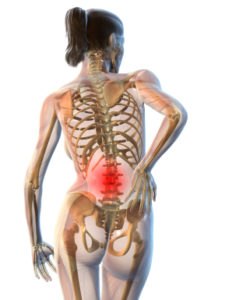 Thoracic lumbar fascia which anchors numerous muscles and has a role in providing trunk rotation and maintaining the semi-rigid cylinder shape which is important during pitching. It also helps with maintaining the rigidity of the vertebral column. This fascia functions better with the trunk in flexion. Thus, developing excessive lumbar lordosis will reduce this stabilisation effect.
Furthermore, McGill & Hoodless (1990) indicated that the L4/5 disc is subject to rotational forces of 4800N during pitching. The Thoracic lumbar fascia has a crucial role to play to dissipate the rotational forces on the intervertebral discs and facets during pitching (Young et al., 1996). If reduced lumbar lateral flexion exist: During throwing with the humerus in abduction, the lumbar spine needs to lateral flex away from the pitching arm and the trunk needs to rotate to fully able the shoulder to reach the cocking position.
If reduced L4/5 or L5/S1 ROM is present, this will reduce the ‘pivot point’ of the lumbar region. Due to this lack of lower spinal ROM, higher segments need to compensate, placing the pivot point much higher in the lumbar segments but also less efficient transference of force from the pelvis causing increased loading on the upper extremity.

The Psoas muscle attaches to T12-L5 and have an influence on the spinal biomechanics. A shortened Psoas affects the lumbar disks as well as hip extension range of motion (Bogduk et al., 1992).
Burkhart et al., (2000), described increase upper extremity stress due to reduced knee flexion during the cocking phase of the serve. Due to limited knee flexion, force transference is reduced from the lower limb and trunk to the upper limb. This will increase the load on the elbow and shoulder by 23-27%. It is therefore important to have sufficient bilateral hip and knee flexibility to reduced stress on the upper limb. The spine and pelvis are the force generators during limb acceleration in throwing. Kibler (1991) describes hip inflexibilities in the overhead athlete causing improper femur and foot position.

The Thrower’s Painful Hip
Tennis players with tight and excessive strong hip external rotators causing reduced internal rotation on the contralateral side of the serving arm forces the femur into external rotation while the foot is planted. Pappas et al. (1985), documented that pitchers with painful hips on the dominant throwing side have limited and stiff external hips rotators hip rotation.
Shortened hip flexors will increase the anterior pelvic tilt causing poorly controlled lumbar lordosis and reduce stride length (Young et al., 1996). There is a definite relation between SLAP lesions and reduced hip rotation.

The contents of this article – Effects of Lower Back Pain on Overhead Hitting and Throwing, is aimed at medical professionals. It is provided here for informational purposes only and should not be treated as medical or health management advice. The materials herein are not intended to be a substitute for professional medical advice, diagnosis, or treatment. Always seek the advice of your doctor, physiotherapist or other health care provider with any questions you may have regarding a medical condition. Never disregard professional medical advice or delay in seeking it because of something you have read in this article or website. Reliance on any information provided herein is solely at your own risk.

The content of this article – Effects of Lower Back Pain on Overhead Hitting and Throwing, is copyright © 2016 of Suegnet Meyer and Meyer & Associates. Transmission or reproduction of the contents, beyond that allowed by fair use as defined in the copyright laws requires the written permission of the copyright owners.